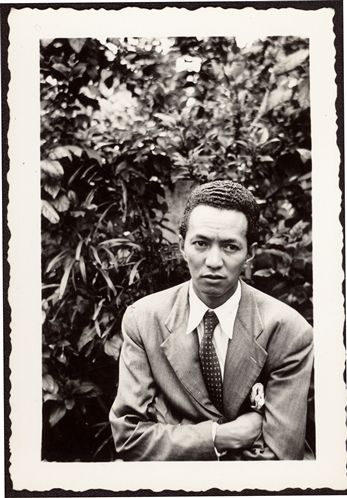 Wifredo Oscar de la Concepción Lam y Castilla was born December 8, 1902, in Sagua la Grande, Cuba. In 1923, Lam moved to Madrid, where he studied at the studio of Fernando Alvarez de Sotomayor, the Director of the Museo del Prado (and a teacher of Salvador Dalí). His friendship with André Breton and Pablo Picasso placed him at the center of modern explorations in surrealist art, Afro-Caribbean religions, psychoanalysis and multiculturalism, elements that would play a central role in the development of his work.

A comprehensive introduction to Lam and his work can be found here.

He is represented in Fluid Ecologies by one of the illustrations he produced for André Breton’s poem Fata Morgana.